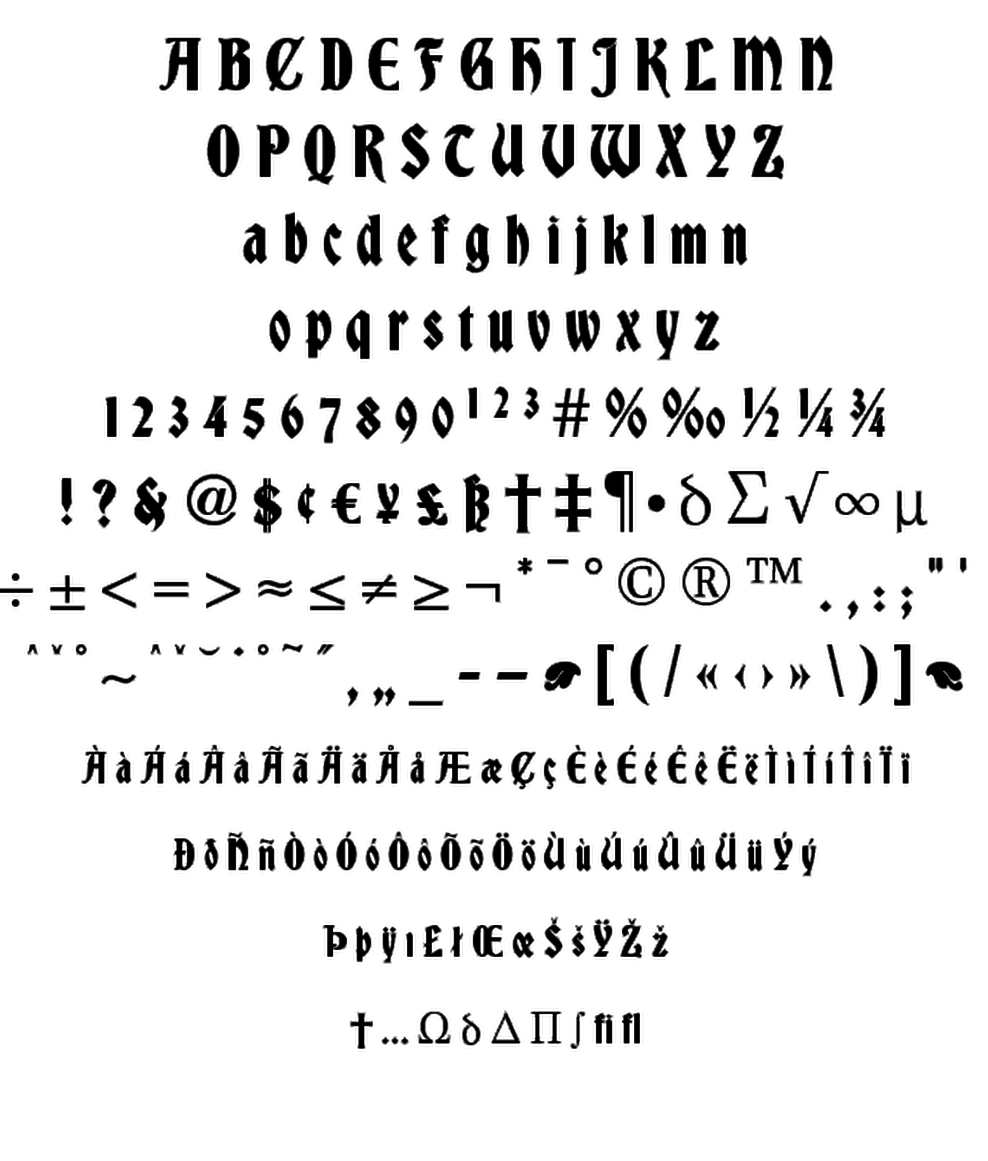 Bradley, originally designed by Herman Ihlenburg based on lettering by Will H. Bradley for the cover of a Christmas issue of an American magazine, is a pretty heavy blackletter design. ATF released it in 1895. It is based on very old manuscripts, however with plenty of new character forms. Later on, Bradley was also released as Ihlenburg. Other than similar designs of that time, e.g. Abbey Text of A. D. Farmer & Son or St. John of Island Type Foundry, Bradley ‘survived’ and was resurrected by ATF in 1954 for the second time. In 2005, German designer Ralph M. Unger eventually revived this still very legible blackletter typeface for the digital era. He redesigned, completed and digitally re-mastered Bradley for the profonts library.